HoSt and Techno System have signed the contract for a 550 kWe biogas power plant project in Ishigaki Island, Japan. The signing ceremony took place at the Embassy of the Kingdom of the Netherlands in Tokyo, Japan, and was accompanied by His Excellency, the Ambassador of the Kingdom of the Netherlands for Japan, Mr. Peter van der Vliet himself, high-level Embassy delegation of the Department of Agriculture and Japanese national and regional media.

Being the first project in Japan, this marks an important milestone in the development of HoSt’s global expansion, and future projects in Japan. “Japan is one of the most important markets for HoSt in Asia with supportive circumstances for renewable energy and new technology, which we continue to serve together with Techno System, our Japanese partner in energy systems. We are very thankful for this promising collaboration”, says CTO Marcel te Braak. The biogas plant will produce 550 kWe electricity from manure, grass, and other organic waste.  This electricity output is equivalent to powering 1,300 homes. 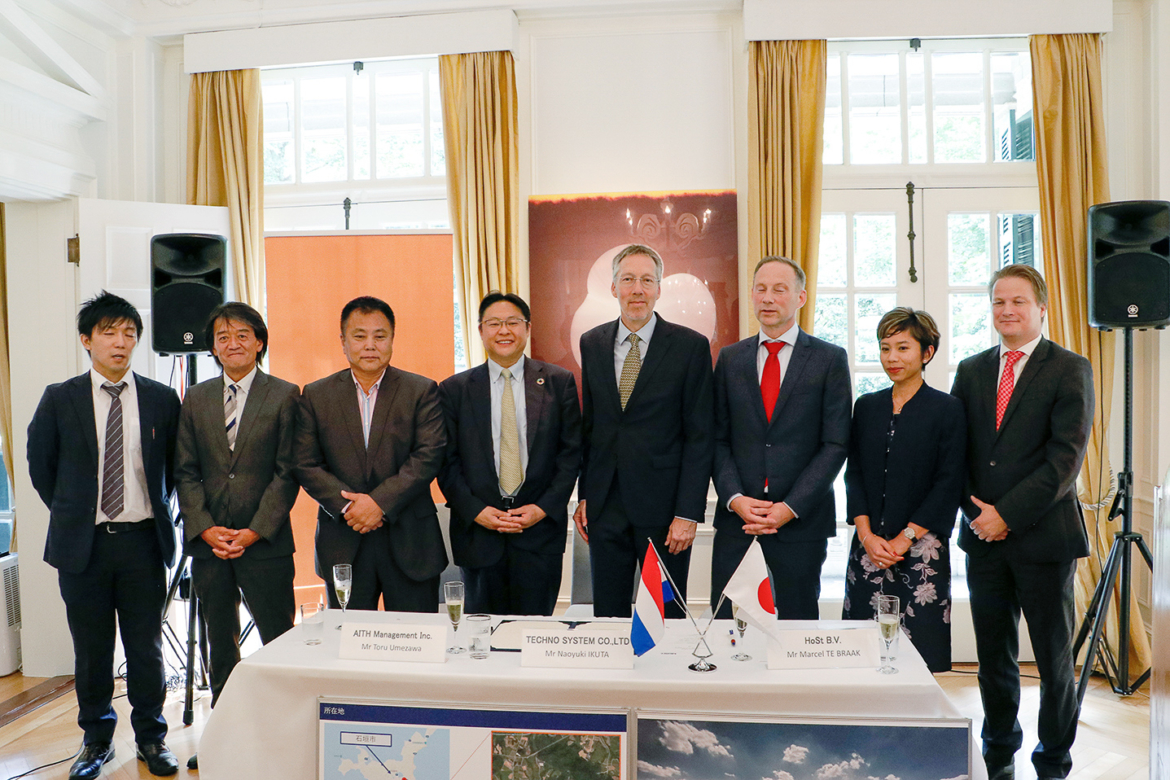 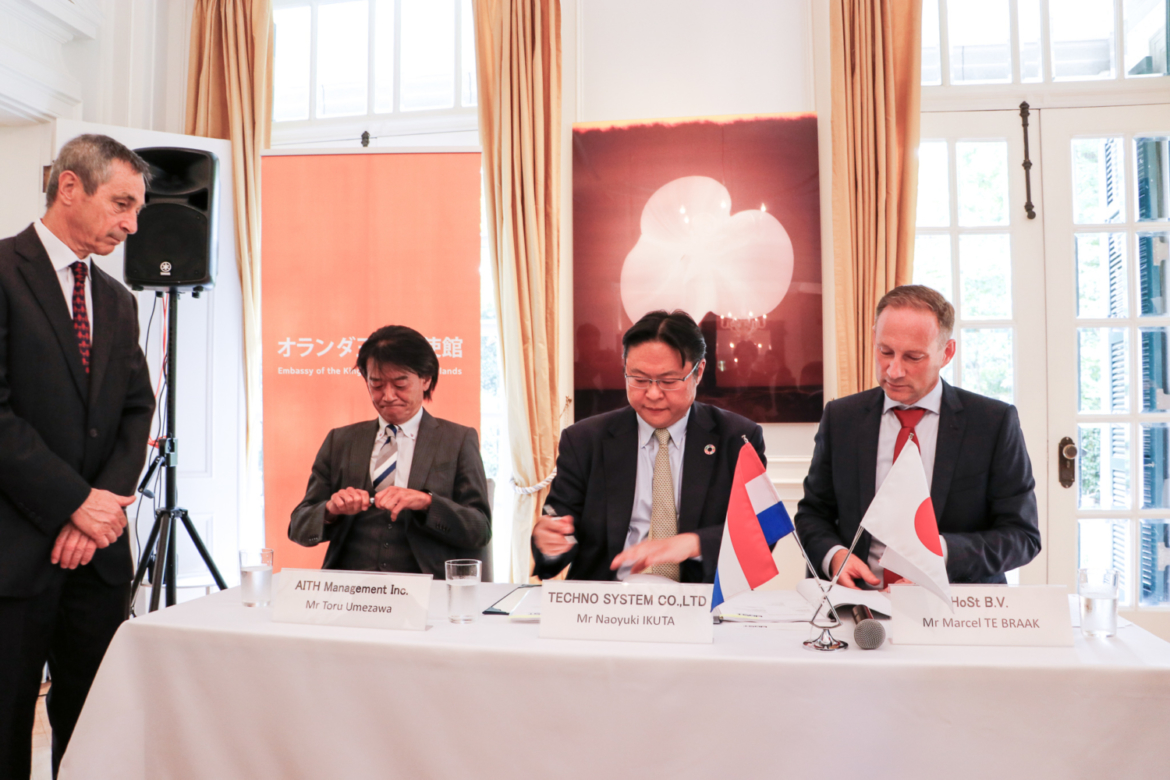 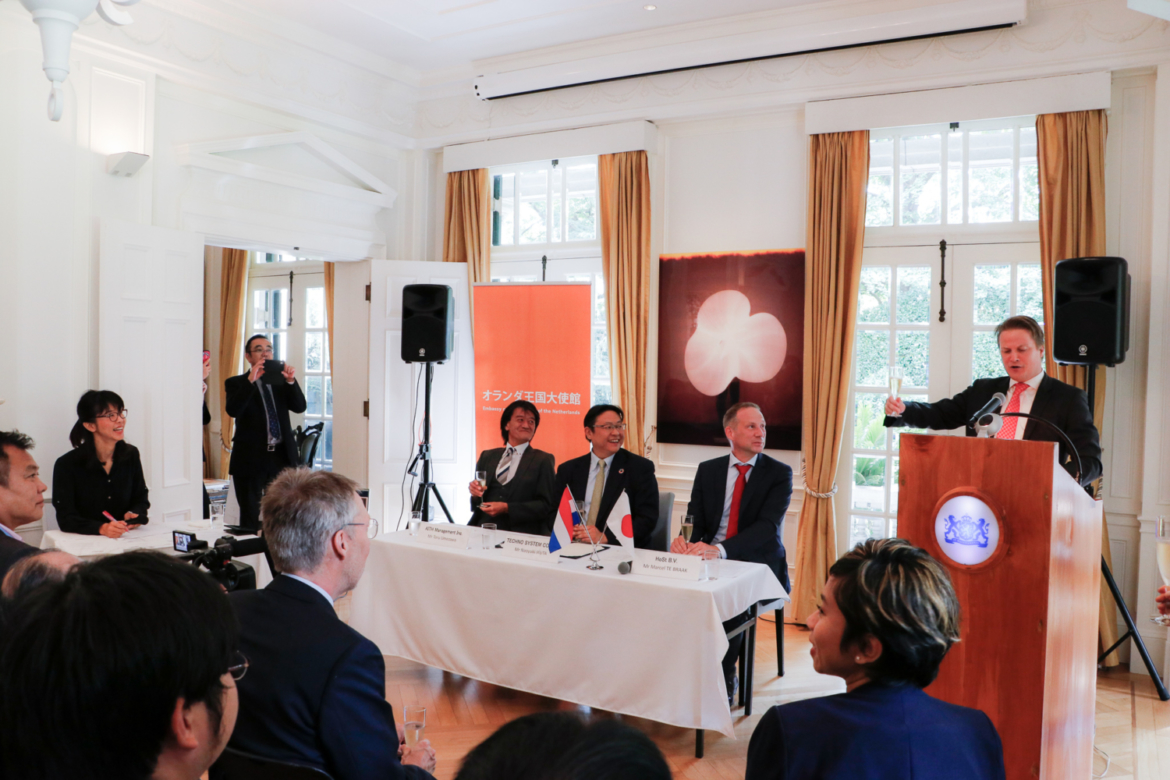 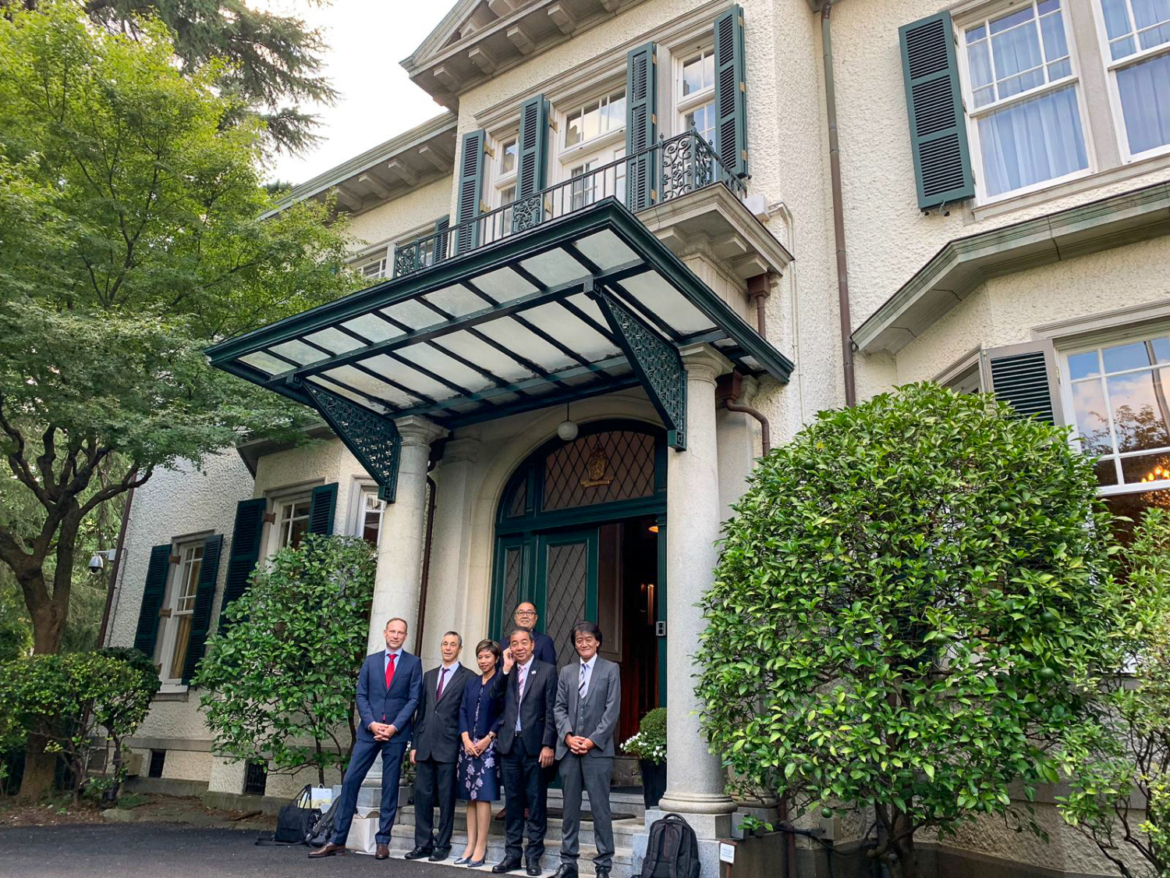 The Sustainable Development Goals (SDGs), also known as the Global Goals, were adopted by all United Nations Member States in 2015 for the period of 2016 to 2030. “This project is exemplary in terms of sustainable food and energy production, supporting the development of circular economies, contributing to the United Nation’s Sustainable Development Goals”, says Ambassador Peter van Vliet in his speech at the signing ceremony. “It is also an excellent example of partners from our two countries joining forces and working together to find innovative solutions to social challenges we are facing today”.

“This project is exemplary in terms of sustainable food and energy production, supporting the development of circular economies, contributing to the United Nation’s Sustainable Development Goals”.

At this remote, but charming island, the biomass feedstock may vary and the constant availability is difficult to guarantee. HoSt’s proven technology makes it possible to anaerobic digest a broad range of biomass streams. CEO Herman Klein Teeselink: “HoSt biogas plants are known for its high economic performance, and contribute to ensuring the success of a circular economy by producing renewable energy, solving waste management challenges, and creating valuable end-products from organic waste. We strive to be a market leader and a major global actor with our most advanced biogas plants”. 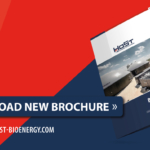 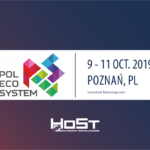 Visit us at the POL-ECO exhibition in Poznań, Poland (9-11 Oct.)
Scroll to top